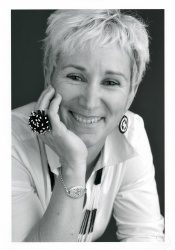 Between 2007 and 2011, Zoë was based in her home country of Swaziland and assumed the role of Senior Director of Vital Voices’ Global Entrepreneurs in Handcrafts Program. During this time, she also worked with TechnoServe Swaziland, mentoring a number of emerging handcraft export organisations and helping to develop the country’s handcraft sector. Her activities have also included working with IFC’s Grassroots Business Initiatives across Africa and in South East Asia on handcraft development. In 2011, Zoë received a World of Difference Award from The International Alliance of Women and in 2005, she received a 2005 Pan African Business Woman Award for Capacity Building. Zoë has been active in public speaking internationally as a social entrepreneurs as well as addressing issues concerning Swaziland such as HIV/AIDS, women’s rights and basic community needs.

She is an Advisory Board Member of the Good Shepherd International Foundation (Rome, Italy). Between 2007 and 2013, she was a Jury member of the Cartier Women’s Initiative Awards. As a Social Entrepreneur, she has participated in the World Entrepreneurship Forum and the Opportunity Collaboration Forum. In 2008, Zoë initiated the Vital Voices Young Women’s Mentorship Program to foster a culture of Mentorship between successful women and potential young women leaders in the Kingdom of Swaziland. Since 2012, she has been a Mentor in the Cherie Blair Mentoring Women in Business program.