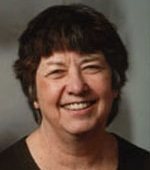 Mary Houghton was a co-founder in 1973 of ShoreBank Corporation, a regulated commercial bank holding company organized for purposes of community development and, later, environmental protection.  She was the senior lender of its lead bank in Chicago and managed expansions, including formation of ShoreCap International in 2003. She continues as a director of two of four non‐profit small business loan funds that became independent when the $2 billion asset ShoreBank closed its doors in 2010.

She is a director of several regulated financial institutions: Basix and BSFL in Hyderabad, India and Citizens Bank, a wholly owned subsidiary of Vancity Credit Union in Vancouver, British Columbia. She is also a director of several non‐profit organizations focusing on financial exclusion issues internationally:  Calvert Foundation, Women’s World Banking. A graduate of the School of Advanced International Studies of Johns Hopkins University, she was a Visiting Scholar there in 2011.